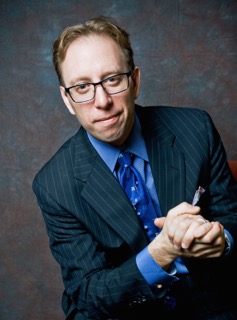 Rabbi Limmer was born in Rochester, NY, raised in Great Neck, and received a B.A. cum laude in Philosophy from Cornell University. In 1999, Rabbi Limmer received a Master of Arts in Hebrew Literature from the Hebrew Union College-Jewish Institute of Religion, where he was ordained a rabbi in May 2000. During his seminary years at the Hebrew Union College-Jewish Institute of Religion, Rabbi Limmer served as the rabbinic intern at Congregation Rodeph Sholom on Manhattan's Upper West Side, and then served as Rabbi of Congregation B’nai Yisrael of Armonk, NY, for fourteen years. In May 2009, after successfully defending his “The Rabbis as Readers” dissertation, he was awarded his Doctorate in Hebrew Literature.  During those same years, Rabbi Limmer served as Dean of Faculty for Eisner and Crane Lake Camps, and as Chair of the Justice, Peace & Civil Liberties committee of the Central Conference of American Rabbis

Rabbi Limmer began his tenure as Senior Rabbi of Chicago Sinai Congregation in July 2014. He currently serves on the Board of the Central Conference of American Rabbis, on the President's Rabbinic Council of HUC-JIR, and is a member of the strategy team for the Religious Action Center. On behalf of Chicago Sinai Congregation’s lead role in organizing the Reform Movement’s participation in the NAACP’s 2015 America’s Journey for Justice, Rabbi Limmer accepted the Rabbi Maurice Eisendrath Bearer of Light Award, the highest honor of the Union for Reform Judaism. 2016 saw the publication of his first full-length book, which he co-authored with Rabbi Bernard H. Mehlman, Medieval Midrash: The House for Inspired Innovation by the prestigious Brill Press. He is the co-editor of, Moral Resistance and Spiritual Authority: Our Jewish Obligation to Social Justice, published by CCAR Press in 2018.