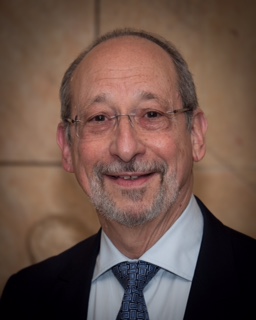 Rabbi Lawrence A. Englander received his Honours BA degree from York University in 1970. He then attended Hebrew Union College-Jewish Institute of Religion (one year in Jerusalem and four years in Cincinnati), receiving ordination in 1975. He is the founding rabbi of Solel Congregation, Mississauga, serving there since its inception in 1973 until his retirement in June 2014; he now serves Solel as Rabbi Emeritus. He is also adjunct rabbi at Temple Sinai in Toronto.

Rabbi Englander received his Doctorate of Hebrew Letters from Hebrew Union College-Jewish Institute of Religion in 1984, in the field of Jewish Mysticism and Rabbinics. He has taught in the Religious Studies Department at York University and spent a semester teaching rabbinical students at Leo Baeck College in London, England. He has written several articles on Jewish Mysticism, as well as a book, The Mystical Study of Ruth, published by Scholars Press. He is former editor of the Central Conference of American Rabbis Journal and editor of The Fragile Dialogue: New Voices in Liberal Zionism, published by CCAR Press in 2017.
Another passion of Rabbi Englander’s is Reform Zionism, a subject on which he has written and edited articles. He is currently chair of ARZENU, a world-wide progressive Zionist organization, a position to which he was elected in June 2014.
Rabbi Englander has also played an active role in establishing two Mississauga interfaith organizations: Foodpath, a community food bank; and Pathway, a non-profit housing corporation, of which Rabbi Englander was the founding president. In 2005 he was appointed as a Member of the Order of Canada for his work in the community.
Both Rabbi Englander and his wife Cheryl are natives of Toronto.
CCAR Press works include: