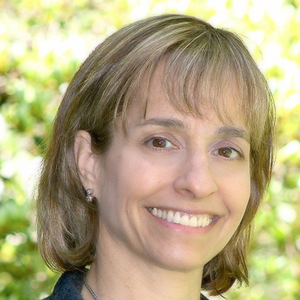 Rabbi Judith Schindler is the Sklut Professor of Jewish Studies and Director of the Stan Greenspon Center for Peace and Social Justice at Queens University of Charlotte. She helped to establish the center in 2016 to create bridges of multicultural understanding and collaboration that support human rights through education, advocacy, and action. She is also a contributing editor for the Charlotte Observer.

Rabbi Schindler was named Rabbi Emerita of Temple Beth El in Charlotte, North Carolina after serving as Senior Rabbi for thirteen years and as Associate Rabbi for five years. Prior to coming to Charlotte, she was an Associate Rabbi at Westchester Reform Temple in Scarsdale, New York.

Rabbi Schindler serves on the Executive Committee of the Charlotte Clergy Coalition for Justice, is co-chair of the Rabbinic Council of the Association of Reform Zionists of America, and a Trustee of the Reform Pension Board. She is also past Co-Chair of the Women’s Rabbinic Network.

Rabbi Schindler has contributed chapters and articles to more than ten books, is the co-author with Judy Seldin-Cohen of Recharging Judaism: How Civic Engagement Is Good for Synagogues, Jews, and America, which was the finalist of the 2018 National Jewish Book Award in Contemporary Jewish Life and Practice and author of A Book of Chai: A Book of Life – A Collection of Rabbi Judith Schindler’s Sermons (Charlotte, North Carolina: Temple Beth El, 2016). On behalf of Temple Beth El, Rabbi Schindler envisioned and led the creation of four social justice documentaries being utilized across the country. “Souls of Our Students: Appreciating Differences” and “Souls of our Students: A Transgender Focus” address diversity in schools. “Souls of Our Teachers” addresses urban education and “Souls of our Neighbors” explores the value of creating affordable housing. Three of the documentaries earned Telly Awards. She was the consulting editor of Deepening the Dialogue: Jewish-Americans and Israelis Envisioning the Jewish-Democratic State, published by CCAR Press in 2019.

Rabbi Schindler was named Charlotte Woman of the Year in 2011. Among the many other awards she has received are the 2008 Humanitarian Award from the Charlotte Coalition for Social Justice and the 2008 Mecklenburg Ministries Interfaith Clergy Award. She was recently named the 2017 Outstanding Champion of Diversity by the Association of Fundraising Professionals NC Charlotte Chapter.

Rabbi Schindler is married to Chip Wallach and they have two sons, Maxwell and Alec. She is the daughter of the late Rabbi Alexander Schindler who was president of the Union for Reform Judaism for more than two decades.